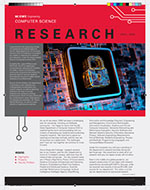 CEO and Founder of Lulu.com

Things that Bug Me!

Things that Bug Me!

Abstract: Easily bored, Young explains to the audience that he will not be presenting the originally marketed topic entitled "Empowering Your Content". Rather he will take them on a journey into a fresh topic he calls, "Things that Bug Me!", in which he tells a three part story that entertains and informs.

Bob Young is the founder and CEO of Lulu.com, a premiere international marketplace for new digital content on the Internet, with more than 300,000 recently published titles and more than 15,000 new creators from 80 different countries joining each week.

In 1993, Young co-founded Red Hat (NYSE: RHT), the open-source software company that gives hardware and software vendors a standard platform on which to certify their technology. Red Hat is a Fortune 500 company and chief rival to Microsoft. His success at Red Hat won him industry accolades, including nomination as one of Business Weekâ€™s â€œTop Entrepreneursâ€ in 1999.

Before founding Red Hat, Young spent 20 years at the helm of two computer-leasing companies that he founded. His experiences as a high tech entrepreneur combined with his innate marketing savvy led to Red Hatâ€™s success. His book, â€œUnder the Radarâ€, chronicles how Red Hatâ€™s open source strategy successfully won wide industry acceptance in a market previously dominated by proprietary binary-only systems. Young has also imparted the lessons learned from his entrepreneurial experiences through his contributions to the books to â€œYouâ€™ve GOT to Read This Book!â€ and â€œChicken Soup for the Entrepreneurâ€™s Soul.â€

In 2000, Young co-founded the Center for Public Domain, a non-profit foundation created to bolster healthy conversation of intellectual property, patent and copyright law, and the management of the public domain for the common good. Grant recipients included the Electronic Frontier Foundation, the Creative Commons, the Free Software Foundation, and the Future of Music Coalition.

Young graduated from the University of Toronto in 1976 prior to beginning his career in the computer finance arena.

In 2003, Young purchased the Hamilton Tiger-Cats of the Canadian Football League and currently serves as the leagueâ€™s vice chairman.

In addition to enjoying fly fishing, Young collects calculators and antique typewriters, a nod to his beginnings as a typewriter salesman and can usually be found sporting a pair of red socks. However, instead of red on his head, Young now tips his orange hat.