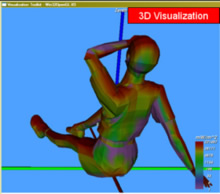 The SunRay system collects real-time atmospheric data from a USDA-maintained sensor network as input to model calculations. Depletion of stratospheric ozone has created the potential for increased levels of dangerous UV radiation to strike the surface of the earth. SunRay is a research tool that provides detailed simulated solar exposure data that is accurate and easy for a scientist to use. The goal of the tool is to assist the scientific community so that it can more effectively provide a convincing rationale to encourage the need for policy changes oriented toward protecting the environment.
The students also won the Microsoft Software Engineering Award ($2,000) for the project that exemplified “the best use of good software engineering principles to the design and testing of their prototype.”
NC State mentors for this project were Dr. Robert Fornaro and Ms. Margaret Heil (director & associate director of the Computer Science Senior Design Center). Mr. John Streicher (National Oceanic and Atmospheric Administration) also served as a mentor to the team. 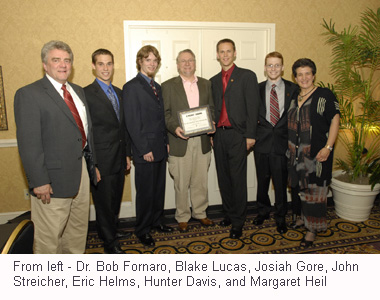 Over 300 teams from universities around the world submitted applications to this competition; 133 of these teams submitted reports to the judging panel. The top ten teams were selected based on a written final report submitted to the competition in the middle of April. Once at the World Finals, teams were required to demonstrate their product, tradeshow style, and to deliver a formal presentation to an international panel of 10 judges.
NC State is the only university in the US to have won this prestigious competition, and the only university worldwide to have won in consecutive years.
Last year’s team won the top prize for their system, NEAT: Networks for Endangered Animal Tracking. In the CSIDC 2003 World Finals, an NCSU CSC Senior Design Center team placed third with their Diet Download project.

You can read more about the competition at the IEEE CSIDC 2006 website at: http://www.computer.org/csidc/TopTen.htm

Congratulations to this extraordinary project team and to their mentors.