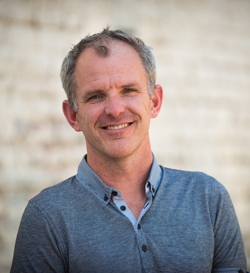 Please join us on September 24th at 6 pm in the new Hunt Library Auditorium as we kick off our Fall 2013 Fidelity Investments “Leadership in Technology” Speakers Series.

Our special guest speaker will be Michael Lopp, author and technologist. His talk topic will be "Stables and Volatiles."
Michael Lopp is a Silicon Valley-based engineering leader who builds both people and software at companies such as Borland, Netscape, Apple, and Palantir. While he's not worrying about staying relevant, he writes about pens, bridges, people, poker, and werewolves at the popular weblog, Rands in Repose.

Lopp has written two books. 'Being Geek' is a career handbook for geeks and nerds alike. His first book 'Managing Humans, 2nd Edition' is a popular guide to the art of engineering leadership and clearly explains that while you might be rewarded for what you build, you will only be successful because of your people.

Lopp surfs, plays hockey, and drinks red wine in the redwoods of Northern California whenever he can because, according to Lopp, staying sane is more important than staying busy.
Abstract:  You have a deep desire to build. Every so often, a thing you build creates unexpected value and you discover success. In this talk, I will argue that while your success is satisfying and perhaps profitable, continued success is often dependent on two non-intuitive strategies: hiring people who are willing to disrupt that success and your willing to throw your success away.
The event is free and open to the public.  Direct access to the Hunt Auditorium is available via the Partners Way entrance. Ample free parking is also available on Centennial Campus after 5 pm.  For a map, click here.
For more information on the Fidelity Investments Speakers Series, click here.
###