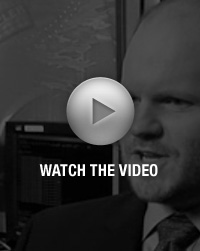 A Computer Science grad who literally has his head in the clouds!

You won’t find Nate Johnson sitting at a desk writing software. Nate is a local weatherman with WRAL-TV. You can occasionally find him on air, but right now he is mostly involved behind the scenes making sure that everything is in place, that the weather data being presented is accurate and visually appealing, and that all the technology is working properly so that the broadcast runs flawlessly. According to Nate, his work involves something new everyday… and that is the way he likes it.
Nate was always interested in the weather and he really enjoyed working with computers. It seemed an easy decision to attend NC State and get his bachelor’s degree in computer science with a minor in meteorology in 2000. During his sophomore year, he did the math and realized that getting a second bachelor’s degree in meteorology would only add one more semester to his current program; so he opted for the meteorology and computer science double major.
"My computer science degree has helped me connect with my passion for meteorology in ways I would not have been able to do otherwise."
"A degree in computer science is the MBA of the twenty-first century. Most people don’t get their MBA because they are interested in business for business’ sake. Usually, these people are interested in something else, and the MBA is the vehicle to do that thing better. I’ve always liked computers, but weather was my passion. My computer science degree has helped me connect with my passion in ways I would not have been able to do otherwise."
Meteorology is very technology-dependent at all levels. "From collecting and analyzing data to forecasting to creating the visuals for the weather broadcast, computers help us do more with the science. We are dealing with these very complex, chaotic systems, and we want to be as specific and accurate as possible. We are always looking for more data. Then we want to massage that data to make it more useful to the meteorologist and more meaningful to the public." 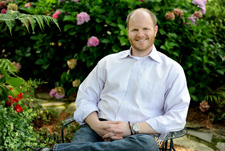 Nate is no stranger to making weather information more meaningful to the public. While working at Baron Services (a company that makes sophisticated Doppler radar), he worked on developing the software for vehicle navigation systems that combines location and weather data to warn a driver when he/she is headed into a dangerous situation.  "I recently saw a commercial on TV for a luxury car touting the new technology. It was thrilling to see something I helped take from the whiteboard to prototype graduate to a real-world application to help keep people safe."
Nate is even going back to school for his masters degree – this time in Communications. There is interplay with weather: what it is and how people understand and react to it. "There’s a lot we don’t know about how people use weather information. The more we know, the better able we will be to get the message out to people more effectively and encourage those in harm’s way to take shelter. And yes, computers and communications technology will have a big role to play going forward."
"Computer science can be applied to anything. Having an understanding of how computers work and how they interact can do nothing but help you – no matter what industry you are interested in. Computer science is the way to take your passion and do something great with it."