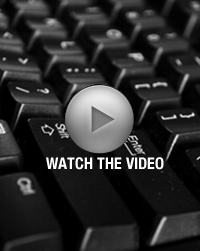 This alumna is making technology more accessible for everyone!

Kate Lemanski Mercer isn’t your typical computer science graduate. In fact, she didn’t even know she was destined for the career until her junior year of college. But thanks to that decision, computer users with disabilities can now use an IBM social business product as easily as anyone else.

As an IBM software engineer, Mercer works on the user interface of a social networking business product known as IBM Connections. Similar to other popular social networking products, IBM Connections users have profiles and can post blogs, wikis, collaborate in communities, upload photos and share files publicly. One of Mercer’s areas of focus has been on making the photo and file sharing features accessible to all users, even those with disabilities.

"One major task that I have been involved in is improving the accessibility for my team’s components. In other words, making sure that customers who are visually impaired, hearing impaired or color blind, can use the photo and file sharing features in our products," she said. "I’ve also gained experience developing a global perspective to ensure that our product works in all 27 supported languages, including bidirectional languages such as Hebrew and Arabic."

"It has been really rewarding to work on accessibility for my team’s components, because I know that anyone who uses the photo and file sharing features in IBM Connections can now use it successfully and without limits because of my work," she said.

Originally an NC State psychology and business major, Mercer realized halfway through school that it was not the career path she had in mind. After spending a school break with family members who were software engineers, her interest in the field motivated her enough to switch majors.

As simple as that sounds, Mercer entered the computer science curriculum with what most computer aficionados would consider very limited experience. But limits are something Kate Lemanski Mercer doesn’t let stand in her way.

"I had never programmed in my life and here I was in class with students that had been writing their own programs since a young age," she said. "At first, I found it very intimidating being far removed from what the typical computer science student’s experience was like." 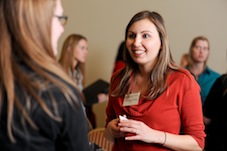 Mercer knew she had to stay strong to meet her goal of graduating in just two more years. With the help and encouragement of her professors and advisors, she shattered the perception of the typical computer science student and was successful at her newly acquired major.

"Once I got further into my coursework, I really loved the computer software design classes and when I worked on creating the user interface of a healthcare program, I knew I had made the right career choice," she said.

Mercer is now reminded every day that she made the right career choice by seeing the difference that her work makes in the lives of others.

"It has been really rewarding to work on accessibility for my team’s components, because I know that anyone who uses the photo and file sharing features in IBM Connections can now use it successfully and without limits because of my work," she said.

For someone who did not let the limits of computer experience stop her in her junior year, Kate Lemanski Mercer is now breaking the barriers for others to succeed.