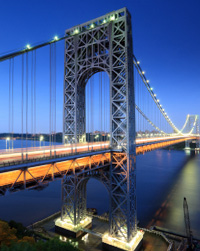 Want to make an impact on the world in any number of industries… Become a "bridge person"!

"The really hard problems in life reside in the gaps between disciplines. A person who can bridge those gaps will be able to solve those problems and truly have an impact on society."

According to Dr. James Lester, Distinguished Professor of Computer Science in the NC State Computer Science Department, many of the students in the program are dual majors. It’s important to be equally strong in two fields. Computer science can be paired with anything you can imagine and graduates with a dual grounding will be able to offer a different perspective than people with a singular focus.

"It’s not just about the technology… we reflect on what society needs from computer science… it’s about how we take those innovations in technology and move them into arenas where we can impact society." 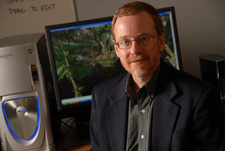 Dr. James Lester bridges some of those gaps between the disciplines of computer science and education. Working alongside colleagues from NC State’s William and Ida Friday Institute for Educational Innovation, Dr. Lester has been developing an intelligent game-based learning environment to teach microbiology to eighth grade students.

"It’s the marriage of artificial intelligence with gaming technology. Students play the role of a scientist solving a scientific mystery by identifying symptoms and determining the cause of a medical outbreak. The artificial intelligence controls how the characters unfold and most importantly controls the tutorial interactions between the student and all the characters and the game element."

Dr. Lester doesn’t just juggle the interests of technology and education, he also juggles… literally. "I used to be comfortable juggling flaming torches but self-preservation instincts have kicked in and these days I am content with (non-flaming) balls." And even though he doesn’t find as much time for it as he used to, he still aspires to master five balls some day...