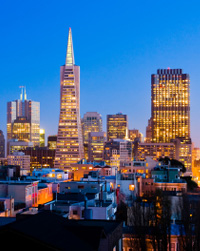 From North Carolina to Silicon Valley - This alum is shaping the future of social networking.

What is a native North Carolinian who grew up in Mooresville doing in Silicon Valley? According to Ben Darnell, he’s putting down roots and changing the ways that we use technology.

Point of fact, Thing Labs created Brizzly, a companion product for Twitter and Facebook that improves the interface, simplifies browsing and updating, and adds features. Some of the features Twitter offers now were actually pioneered by the team at Thing Labs. Brizzly continues to offer features that Twitter does not have on its own. Ben and his coworkers are responsible for ideas that improve the way you tweet today!

"I’ve found a career path here and I can’t really imagine doing anything else. I do programming for fun too – so it’s not just a job for me."

Ben was very interested in computers in high school. He knew a lot about programming before entering college and feels that his experience at NC State helped him become a better engineer. Ben was a Park Scholar and graduated NC State with the Bachelor’s degree in Computer Science in 2002.