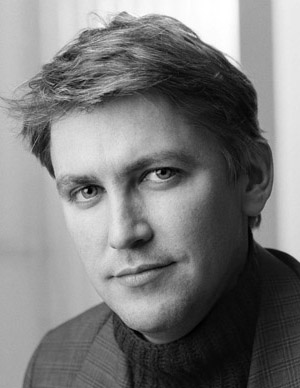 Steven Berlin Johnson, a noted author, social critic and technologist, will kick off a new series of speakers at North Carolina State University on March 11. His address begins “Solving. Evolving. Engineering: The Progress Energy Distinguished Speakers Series” (SEE). The series was created in the College of Engineering to foster dialogue around engineering’s capacity to solve some of the world’s greatest challenges.

The event, which is free and open to the public, will begin at 6 p.m. in Room 1231 in Engineering Building II on Centennial Campus. Free parking after 5 p.m. will be available in the deck on Partners Way (directions and map).

Johnson’s Everything Bad is Good For You, one of the most talked-about books of 2005, argues that the increasing sophistication of television, films and video games are teaching us to think in more complex ways. At NC State, Johnson will discuss how pop culture is actually making us smarter and explore ways that innovators can take advantage of this phenomenon.

The series, which will continue this fall, is sponsored by Progress Energy, a Fortune 250 company based in Raleigh that serves more than 3.1 million customers in the Carolinas and Florida through its two major utilities. The company has been a longtime supporter of the College of Engineering at NC State.

"We are thrilled to have Steven Berlin Johnson kicking off this fantastic speakers series," said Dr. Louis A. Martin-Vega, dean of the College of Engineering. “These speakers will get people talking about the ability of engineering and computer science to convert ideas to reality, solve important societal problems, and provide a wealth of professional opportunities for our students. We thank Progress Energy for making this series possible."

In conjunction with Johnson's talk, the college and the Department of Computer Science will announce its intentions to launch a new undergraduate concentration in game development.  This concentration will provide students with specialized courses in the technologies of game creation, application and social impact while also exposing them to the breadth and depth of the existing undergraduate computer science curriculum. Students in the concentration select from a focused list of computer science electives that cover the core technologies used by game developers.  They also select a project course in computer science that focuses either on specialized 3D graphics or general game development methodologies.

Efforts to establish the concentration are being led by Dr. Michael Young, associate professor of computer science. Young is co-director of the Digital Games Research Center, a multidisciplinary center that serves as a focal point for the games-related research and teaching activities that take place on the NC State campus. The center, which brings together faculty from the colleges of Engineering, Education, Design and Humanities and Social Sciences, contributes to the Triangle’s reputation as one of the top game development centers on the East Coast.