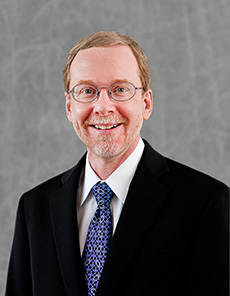 Dr. James Lester III, Distinguished University Professor of Computer Science, was one five faculty members who received the Alexander Quarles Holladay Medal for Excellence, the highest honor bestowed by NC State and the university’s Board of Trustees. Chancellor Randy Woodson will recognize the awardees during an in-person Celebration of Faculty Excellence on May 4.

The five 2022 Holladay Medal honorees are:

The award was named in honor of Alexander Quarles Holladay, NC State’s first professor of history and its first president. This year’s award winners have made outstanding and sustained contributions to the university through achievements in research, teaching, or extension and engagement. Honorees receive an engraved medal and framed certificate, and will be honored at NC State’s spring commencement ceremony on May 7.

Lester is the Director of the Center for Educational Informatics at NC State, and Director of the National Science Foundation AI Institute for Engaged Learning.  His research centers on transforming education with artificial intelligence.  In addition to the Holladay Medal, Lester was recently awarded the NC State Alumni Association Outstanding Research Award, and was named a member of the NC State Research Leadership Academy.

He received a Bachelor of Arts in history from Baylor University, and a Bachelor of Arts, Master of Science and Ph.D. in computer science from the University of Texas at Austin. He is also director of the Center for Educational Informatics at NC State. His research centers on transforming education with artificial intelligence. His current work ranges from AI-driven narrative learning environments and virtual agents for learning to multimodal learning analytics and sketch-based learning environments. Lester is the author of more than two hundred publications, primarily in the area of AI technologies for education. The AI-driven learning environments he and his team create have been used by thousands of K-12 students around the globe.

Lester has served as Editor-in-Chief of the International Journal of Artificial Intelligence in Education. He served on the 2020 National Educational Technology Plan Technical Working Group. His research program is supported by the NSF, the US Department of Education’s Institute of Education Sciences, the National Institutes of Health, the National Institute of Standards and Technologies, and the Army Futures Command. He is a Fellow of the Association for the Advancement of Artificial Intelligence.

For information on the other winners, please see the College of Engineering news story.