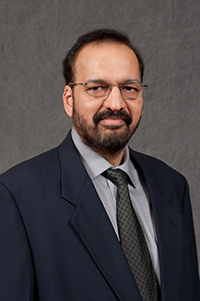 Congratulations to Dr. Munindar Singh, Alumni Distinguished Graduate Professor of Computer Science at NC State, on being elected a Fellow of the American Association for the Advancement of Science (AAAS). Election as an AAAS Fellow is an honor bestowed upon AAAS members by their peers.

Singh was elected as an AAAS Fellow for his distinguished contributions to the field of computer science, particularly to foundations of multiagent systems and their applications in service-oriented computing, sociotechnical systems, and governance.

Singh is a Fellow of the Association for the Advancement of Artificial Intelligence (AAAI) and of the IEEE. He has won NC State's Outstanding Research Achievement Award and is a member of the NC State's Research Leadership Academy. He has graduated 27 PhD students.

This year 489 members have been awarded this honor by AAAS because of their scientifically or socially distinguished efforts to advance science or its applications. A virtual Fellows Forum – an induction ceremony for the new Fellows – will be held on February 13, 2021.

AAAS was founded in 1848 and includes more than 250 affiliated societies and academies of science, serving 10 million individuals. The nonprofit AAAS is open to all and fulfills its mission to “advance science and serve society” through initiatives in science policy, international programs, science education, public engagement, and more. For additional information about AAAS, see www.aaas.org.