Can a Simple Email Encourage Women to Stay in a STEM Program? 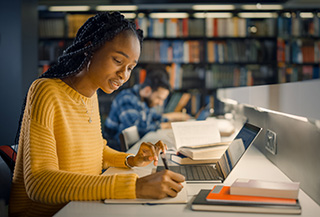 Although great efforts are being made to increase the number of women in science, technology, engineering and mathematics (STEM) jobs, statistics show that women occupy just 28% of STEM jobs and account for only 17% of computer science majors and 21% of engineering majors.

Researchers from North Carolina State University and Kent State University want to know what can be done to broaden participation in STEM fields and improve the persistence of women in computer science. Based on existing social-psychology theory and the results of their 2018 pilot study, they suspect that the differences in career choices arise partially from gender differences in self-assessment of STEM ability while in school.

The researchers have received almost $300,000 in grant funding ($174,938 to NC State; $125,062 to Kent State) from the National Science Foundation (NSF) to test whether educational institutions can use a simple, easily-to-implement intervention, such as an encouraging email message, to increase the persistence of women in computer science and other STEM disciplines.  Their two-year grant project, titled “Analysis of a Simple, Low-Cost Intervention's Impact on Retention of Women in Computer Science,” is funded by the NSF Improving Undergraduate STEM Education: Education and Human Resources program.

To test their hypothesis on improving persistence, they are using a “lightweight” self-assessment intervention in introductory computer science courses, emailing students contextual information about their performance designed to improve their self-assessed ability. They will explicitly tell the student that they are “a top performer in the class and that they should consider getting involved in undergraduate computer science research.”

Their project includes testing the self-assessment on a larger scale using:

The researchers are also hoping that this project will help them understand how self-assessed ability impacts the persistence of other underrepresented and marginalized groups in STEM.

The original article about this work written by Jim Maxwell appeared on the Kent State College of Arts and Sciences website.