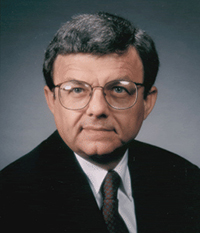 The proposed endowment will provide funds of a 'programmatic' nature, with a preference toward supporting and encouraging undergraduate research and innovation. In particular, the vision is that the endowment will provide unrestricted funding annually that the CSC Director of Undergraduate Programs can use to support undergrad research and other special needs relative to nurturing innovation. Some possible uses may be to provide travel funds for a student to present a refereed paper at a conference, to purchase special materials as part of a project that he or she might not be able to undertake otherwise, or to file a provisional patent.

The proposed endowment, which requires a minimum of $50,000 to officially be launched, has been seeded by a $12,000 gift from computer science alumna Marcia G. McLawhorn (B.S. ‘70). Marcia says the gift is a tribute to Dr. Tharp’s creative ideas and the immense impact he had on her life and career. “I’m sure he impacted many others in a similar way, and I hope this endowment allows him to have a positive influence on future generations of computer science students,” Marcia says. 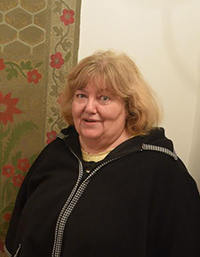 Marcia was the first person in her family to attend college and chose a major that was heavily male-dominated. When she first attended NC State, women made up only 1/12 of the entire student population. The Department of Computer Science included an even smaller percentage of women. In fact, Marcia was not only one of the earliest graduates from the department, but she was also one of the first female graduates, paving the way for future female CSC students. After graduating in 1970, Marcia leveraged her degree in the relatively new discipline to launch a very successful career starting at the NC State Biology and Agricultural Department and ending in her retirement from the American Medical Association.

Although Marcia has been retired for over 20 years, she has not stopped pursuing knowledge. She has stayed busy taking community college courses and pursuing hobbies like genealogy and photography.

Marcia fondly remembers Tharp as the one who introduced her to the full potential of computing. Before meeting Dr. Tharp, she thought of computers as big calculators. However, while taking a course taught by Tharp, Marcia was pushed to expand her perspective.  “Dr. Tharp’s Artificial Intelligence class opened up a window to innovation... I began to see that computers were more than just calculators. His class showed how a computer could seem like a human and opened up my creative thought process, teaching me that a machine can be coded to behave like a human.”

Tharp, who earned his Ph.D. in computer science from Northwestern University, joined the department in 1969, just two years after the department’s official establishment, becoming one of the very first faculty in the department with a degree in the field.

As his career progressed, Tharp took on ever-increasing levels of leadership within the department.  After serving as interim department head for a year, he became just the 4th official department head in 1993.  Serving in this capacity until 2004, Tharp led the department of computer science during a period of incredible growth and transition

During his tenure as department head, 29 tenure-track faculty were recruited (17 of them received the NSF CAREER development award); the department established an active Strategic Advisory Board, launched the award-winning Senior Design Center (SDC) to manage corporate-sponsored student projects, and established the highly successful ePartners corporate recognition program.  Both the undergraduate and graduate programs grew significantly during the period, and much of the groundwork was completed to move the department into a new facility on Centennial Campus.

Tharp, who retired from the CSC Department in 2010, is still active in the department’s SDC.  He is not only remembered for his excellent leadership as department head, but he is also remembered as a stellar teacher who passionately cared about his students. In recognition of his achievements as an educator, he received the NC State University Alumni Association’s Distinguished Undergraduate Professorship Award in 1985.

Marcia’s gift toward the endowment stems from her desire to help students reach their full potential.  “I prefer not to just give a donation, I like fulfilling someone's dreams.”  She also calls on others to fulfill dreams, “I want other people who enjoyed their time under Dr. Tharp to contribute. The funds will be used to support students’ innovation and will reflect Dr. Tharp’s own passion for innovation.”

As word of Marcia’s lead gift has filtered out, others have followed her lead to make gifts and the total given to date is approaching $15,000.

Individuals or corporations interested in contributing to this fund can send a check made payable to the “NC State Engineering Foundation” noting for the “Dr. Alan Tharp Endowment - COE/CSC” in the memo section.  Donations can be sent to the NC State University, Gifts and Records Management, Campus Box 7474, Raleigh, NC 27695-7474.

If you are interested in learning more about ways to support and/or become better engaged with the Department Computer Science at NC State, please contact Sara Seltzer, Director of Development for the NC State Engineering Foundation at sara_seltzer@ncsu.edu or 919.515.3730.