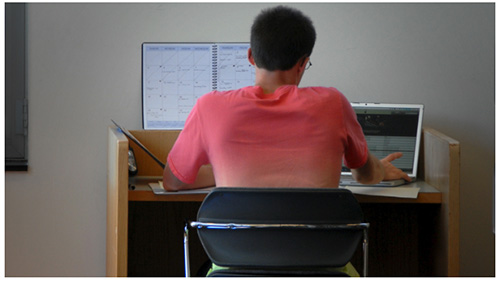 Researchers have designed an artificial intelligence (AI) model that is better able to predict how much students are learning in educational games. The improved model makes use of an AI training concept called multi-task learning, and could be used to improve both instruction and learning outcomes.

Multi-task learning is an approach in which one model is asked to perform multiple tasks.

“In our case, we wanted the model to be able to predict whether a student would answer each question on a test correctly, based on the student’s behavior while playing an educational game called Crystal Island,” says Jonathan Rowe, co-author of a paper on the work and a research scientist in North Carolina State University’s Center for Educational Informatics (CEI).

“The standard approach for solving this problem looks only at overall test score, viewing the test as one task,” Rowe says. “In the context of our multi-task learning framework, the model has 17 tasks – because the test has 17 questions.”

This function is performed for every question at the same time; the gameplay being reviewed for a given student is the same, but the AI looks at that behavior in the context of Question 2, Question 3, and so on.

And this multi-task approach made a difference. The researchers found that the multi-task model was about 10 percent more accurate than other models that relied on conventional AI training methods.

“We envision this type of model being used in a couple of ways that can benefit students,” says Michael Geden, first author of the paper and a postdoctoral researcher at NC State. “It could be used to notify teachers when a student’s gameplay suggests the student may need additional instruction. It could also be used to facilitate adaptive gameplay features in the game itself. For example, altering a storyline in order to revisit the concepts that a student is struggling with.

“Psychology has long recognized that different questions have different values,” Geden says. “Our work here takes an interdisciplinary approach that marries this aspect of psychology with deep learning and machine learning approaches to AI.”

The paper, “Predictive Student Modeling in Educational Games with Multi-Task Learning,” will be presented at the 34th AAAI Conference on Artificial Intelligence, being held Feb. 7-12 in New York, N.Y. The paper was co-authored by James Lester, Distinguished University Professor of Computer Science and director of CEI at NC State; and by Roger Azevedo of the University of Central Florida.

The work was done with support from the National Science Foundation, under grant DRL-1661202; and from the Social Sciences and Humanities Research Council of Canada, under grant SSHRC 895-2011-1006.