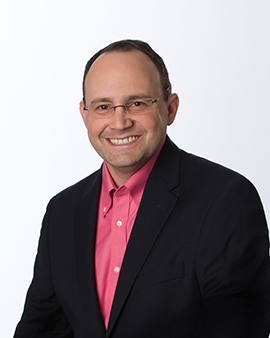 Please join us on March 26th at 6:30 p.m. in room 1231 in Engineering Building 2 for the final talk in the Spring Fidelity Investments “Leadership in Technology” Speakers Series.

Our special guest speaker will be Steve Grobman, senior vice president (SVP) and chief technology officer (CTO) for McAfee.  Grobman’s talk topic will be “Technology Has No Moral Compass.”

Prior to joining McAfee, Grobman dedicated more than two decades to senior technical leadership positions related to cybersecurity at Intel Corporation, where he was named an Intel Fellow and worldwide McAfee CTO while McAfee was a business unit within Intel.

Grobman is a trusted advisor on cybersecurity and the evolving threat landscape to the industry and media. He is a published author of The Second Economy: The Race for Trust, Treasure, and Time in the Cybersecurity War (2016), has written numerous technical papers and books, and speaks globally at major industry events. He holds 24 U.S. and international patents.  Grobman earned his bachelor's degree in computer science from North Carolina State University.

Abstract:  After the devastation by air in World War 2, Orville Wright responded to the question on whether he regretted inventing the airplane –   “We dared to hope we had invented something that would bring lasting peace to the earth. But we were wrong....no, I don't have any regrets about my part in the invention of the airplane, though no one could deplore more than I do the destruction it has caused. I feel about the airplane much the same as I do in regard to fire. That is I regret all the terrible damage caused by fire, but I think it is good for the human race that someone discovered how to start fires and that we have learned how to put fire to thousands of important uses”.

With the rapid evolution of technologies such as Artificial Intelligence (A.I.), we must recognize that adversaries will use these capabilities to make their attacks more efficient and more effective.  We need to recognize that once a technology is created, steering how it is used through policy is impractical.  As we saw with the challenges of export regulations on cryptography in the 1990’s we could not regulate encryption so it “would only be used for good.” Similarly, we won’t be able to regulate how A.I. is used and must prepare ourselves to defend against a new form of powerful attack techniques. Steve Grobman, CTO of McAfee will look at the dark side of Artificial Intelligence and discuss some of the “use cases” that A.I. is especially well suited.