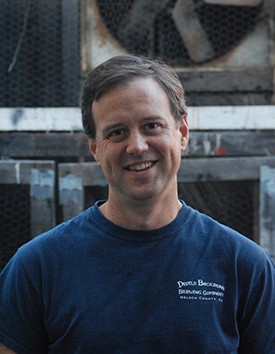 Please join us on September 27th at 6:30 p.m. in room 1231 in Engineering Building 2 for the first talk of this Fall’s Fidelity Investments “Leadership in Technology” Speakers Series.

Our special guest speaker will be Erik Troan, co-founder and CTO, at Pendo.  His talk topic will be “How Four Decades of Disruption Empowered Today’s Innovators.”

Troan is co-founder and chief technology officer of Pendo, a venture-backed software company headquartered in downtown Raleigh. Erik started his career at Red Hat, where he worked as its first engineer and led the engineering team through the development of Linux, RPM and Anaconda and eventually, the company’s IPO. He later led product marketing at Red Hat and assisted in the acquisition and integration of nine other companies. Erik went on to found rPath in 2005, which sold to SAS in 2012. Erik earned a bachelor's degree in computer science and computer engineering from NC State University and a master's degree in economics from the University of Virginia.

Abstract:  Over the last 30 years, the cost of innovation in the technology industry has fallen dramatically. Innovations in the 80s, 90s, 2000s, and 2010s have led to the creation of the top five companies in the world—three of them were founded in the last 25 years. We’ll talk about the fundamental disruptors that allowed each of these companies to thrive and how they’ve all helped create new disruptions that empowered the innovators that have followed.