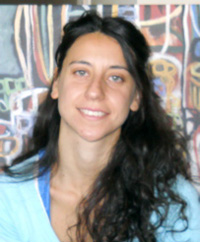 Researchers from North Carolina State University, Boston University and George Mason University have developed a Bitcoin-compatible system that could make it significantly more difficult for observers to identify or track the parties involved in any given Bitcoin transaction.
Bitcoin was initially conceived as a way for people to exchange money anonymously. But then it was discovered that anyone could track all Bitcoin transactions and often identify the parties involved.
Bitcoin operates by giving each user a unique public key, which is a string of numbers. Users can transmit money in the form of digital bitcoins from one public key to another. This is made possible by a system that ensures a user has enough bitcoins in his or her account to make the transfer. The use of the public keys gave users a sense of anonymity, even though all of the transactions were visible on the public Bitcoin blockchain which lists all transactions. Over time, experts and private companies have developed highly effective methods of de-anonymizing those public keys.
Now researchers have developed a system called TumbleBit, which is a computer protocol that runs on top of Bitcoin.
TumbleBit takes advantage of an existing concept called “mixing service.” The idea works like this: instead of Party A paying Party B directly, many different Parties A pay an intermediary “tumbler,” which then pays the Parties B. The more parties are involved, the harder it is to determine which Party A paid which Party B.
“However, this still has a security flaw,” says Alessandra Scafuro, an assistant professor of computer science at NC State and co-author of a paper describing TumbleBit. “Namely, if an outside observer can compromise the tumbler, it could figure out who was paying whom.”
To address this, TumbleBit takes a three-phased approach.
In the first phase, called escrow, the Parties A notify the tumbler that they would like to make a payment, and the Parties B notify the tumbler that they would like to be paid. This is all done on the public blockchain.
For the second phase, the researchers have put cryptographic tools into place that allow the tumbler to pay the correct parties without actually knowing which parties are involved. Phase two does not appear on the blockchain.
In the third phase, called cashout, all of the transactions are conducted simultaneously, making it more difficult to identify which parties are involved in any specific transaction. Phase three does appear in the public blockchain.
“We tested TumbleBit with 800 Bitcoin users, and found that the second phase only took seconds to complete,” Scafuro says.
“One limitation of TumbleBit is that, right now, the system is designed to work with a fixed denomination – so paying amounts larger than that denomination require making multiple payments,” Scafuro says. “That’s something we’re working on.”
The paper, “TumbleBit: An Untrusted Bitcoin-Compatible Anonymous Payment Hub,” will be presented at the Network and Distributed System Security Symposium, being held Feb. 26 to March 1 in San Diego, Calif.
Lead author of the paper is Ethan Heilman of Boston University. The paper was co-authored by Leen AlShenibr and Sharon Goldberg, of Boston University, and Foteini Baldimtsi of George Mason University. The work was done with support from the National Science Foundation under grants 1012910, 1414119 and 1350733.
-shipman-
Note to Editors: The study abstract follows.
“TumbleBit: An Untrusted Bitcoin-Compatible Anonymous Payment Hub”
Authors: Ethan Heilman, Leen AlShenibr and Sharon Goldberg, Boston University; Foteini Baldimtsi, George Mason University; Alessandra Scafuro, North Carolina State University
Presented: Network and Distributed System Security Symposium 2017, Feb. 26-March 1 in San Diego, Calif.
DOI: 10.14722/ndss.2017.23086
Abstract: This paper presents TumbleBit, a new unidirectional unlinkable payment hub that is fully compatible with today’s Bitcoin protocol. TumbleBit allows parties to make fast, anonymous, off-blockchain payments through an untrusted intermediary called the Tumbler. TumbleBit’s anonymity properties are similar to classic Chaumian eCash: no one, not even the Tumbler, can link a payment from its payer to its payee. Every payment made via TumbleBit is backed by bitcoins, and comes with a guarantee that Tumbler can neither violate anonymity, nor steal bitcoins, nor “print money” by issuing payments to itself. We prove the security of TumbleBit using the real/ideal world paradigm and the random oracle model. Security follows from the standard RSA assumption and ECDSA unforgetability. We implement TumbleBit, mix payments from 800 users and show that TumbleBit’s offblockchain payments can complete in seconds.