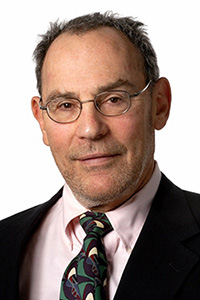 NC State Professor of Computer Science and author, Dr. Robert Rodman, passed away on January 15, 2017.
Rodman was born in Boston, Massachusetts, and raised in Los Angeles, California. The professor attended undergraduate school at The University of California - Los Angeles where he also earned his PhD. Rodman’s research interests included many topics within the field of linguistics.
While at NC State, Rodman worked as a professor, researcher, and author. His textbook, “An Introduction to Language” is currently in its 11th edition, having sold over one million copies worldwide. Rodman impacted linguistics throughout the world participating in research projects, and translating his textbook into seven different languages. This renowned textbook brought a fresh take on his field, and was the first to contain a chapter on computational linguistics.
ToniAnn Marini, Undergraduate Lab Coordinator and Lecturer for N.C. State Computer Science, watched Rodman’s success in the classroom on many different levels. She worked with Rodman as his student, lab assistant, and later colleague. Marini’s memories of Rodman highlight his easygoing personality, and creativity in the classroom.
“The best was when he started to incorporate Harry Potter into his lectures. He talked about The Deathly Hallows, and how it related to computing. Some of the students really got into that.”
In 2009, Rodman was elected into the American Academy of Social Sciences as an Associate Fellow for his achievements in Computational Forensic Linguistics. His work in the forefront of linguistics awarded him the honor of coining the term “montague grammar” by the Oxford English Dictionary in 2002. Among Rodman’s various honors and achievements, his research in speaker verification and computational forensic linguistics is recognized on a worldwide scale.
Dr. Suzanne Balik, Teaching Assistant Professor in the Computer Science Department, fondly remembers Rodman for his many years at the university, and his willingness to lend a helping hand. Balik recalls that within Rodman’s 38 years of teaching at the University, both she and her son were students of Rodman’s in his discrete mathematics course, fifteen years apart.
“When my original professor was sick, I needed someone to do an independent study for me, and Dr. Rodman stepped in. Dr. Rodman helped me out again for my PhD, and became my advisor for that too.”
Prior to his passing, Rodman retired from NC State on January 1, 2017. He taught thousands of students throughout his 38 years as an NC State professor, making an impact on the lives of many. A professor, author, researcher, and friend: Rodman’s legacy is one of incredible stature.
Rodman’s online obituary may be accessed here: http://www.legacy.com/obituaries/newsobserver/obituary.aspx?n=robert-david-rodman&pid=183657769&fhid=30833
~scanlon~
Save