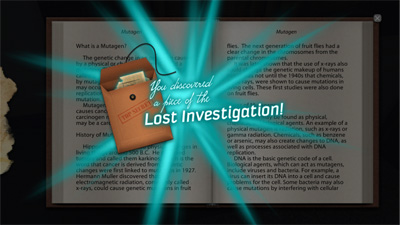 Researchers are rolling out a science video game and educational curriculum, making them freely available to educators. The educational game has already been tested in 14 middle-schools and led to major improvements in literacy and science among eighth graders.
The game, “Crystal Island: Lost Investigation,” and supporting materials can be downloaded for free at http://go.ncsu.edu/crystalisland. The game was developed by researchers from North Carolina State University’s Center for Educational Informatics, led by James Lester, and East Carolina University.
“In our pilot study, test results showed that students in classes that used the game saw a significant improvement in their reading comprehension and understanding of science concepts,” says Jonathan Rowe, a research scientist at NC State who worked on the project. “Student performance on science reading tests improved by at least one letter grade after the program was incorporated into the class curriculum.”
The game was implemented in a four-week teaching unit that addressed both science concepts and reading skills, in line with state and federal teaching standards. The teaching unit was used by more than 1,200 students in fourteen schools in North Carolina’s Johnston County.
“Teachers felt it motivated their students to perform, and helped them get engaged in the subject matter,” Lester says.
The game and educational materials were developed with funding from the National Science Foundation, the United States Department of Agriculture, the Social Sciences and Humanities Research Council of Canada, and the Next Generation Learning Challenges program, which is overseen by the nonprofit group EDUCAUSE and funded by the Bill & Melinda Gates Foundation and the William and Flora Hewlett Foundation.