Anonymous planned gift of $300,000 celebrates the lives of these North Carolinians! 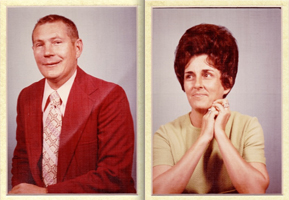 The Department of Computer Science at NC State University is pleased to announce the receipt of an anonymous planned gift to create the Mary A. & William H. ‘Bill’ Messer Computer Science Scholarship Endowment.
The Messers (shown here) were life-long North Carolinians from the Gastonia area, with a strong affinity to NC State University.
The planned gift has an estimated value of approximately $300,000 and will be used to provide need and/or merit-based scholarship support to students pursuing a degree in Computer Science within the College of Engineering at NC State University.
Ken Tate, director of engagement & external relations for the department says, “The department is honored to be able to remember the Messers and their legacy with the creation of this award.”
The Mary A. & William H. ‘Bill’ Messer Computer Science Scholarship Endowment joins a growing list of fully endowed scholarships that will provide perpetual support to future generations of computer science students.  If you would like to explore just how easy it is to establish your own named and endowed scholarship, contact Ken Tate at tate@csc.ncsu.edu.
~Tate~