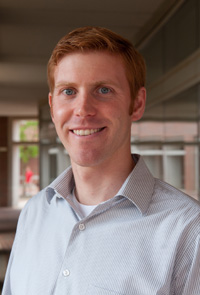 Dr. Will Enck, assistant professor in the computer science department at NC State University, has received an award of $167,000 from the National Science Foundation (NSF) to support his research proposal titled “Characterizing the Security Limitations of Accessing the Mobile Web.”
The award runs from October 1, 2012 through September 30, 2015.
Abstract – Mobile browsers are beginning to serve as critical enablers of modern computing. With a combination of rich features that rival their desktop counterparts and strong security mechanisms such as TLS/SSL, these applications are becoming the basis of many other mobile apps. Unfortunately, the security guarantees provided by mobile browsers and the risks associated with today's mobile web have not been evaluated in great detail. In the proposed work, we will investigate the security of mobile browsers and the mobile specific websites they access. Characterizing and responding to the threats in this space is critical, especially given that cellular devices are used by more than five billion people around the world.
For more information on Dr. Enck, click here.