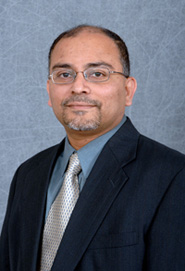 Researchers from North Carolina State University have developed a technique to efficiently divide the bandwidth of the wireless spectrum in multi-hop wireless networks to improve operation and provide all users in the network with the best possible performance.
“Our objective is to maximize throughput while ensuring that all users get similar ‘quality of experience’ from the wireless system, meaning that users get similar levels of satisfaction from the performance they experience from whatever applications they’re running,” says Parth Pathak, a Ph.D. student in computer science at NC State and lead author of a paper describing the research.
Multi-hop wireless networks use multiple wireless nodes to provide coverage to a large area by forwarding and receiving data wirelessly between the nodes. However, because they have limited bandwidth and may interfere with each other’s transmissions, these networks can have difficulty providing service fairly to all users within the network. Users who place significant demands on network bandwidth can effectively throw the system off balance, with some parts of the network clogging up while others remain underutilized.
Over the past few years, new technology has become available that could help multi-hop networks use their wireless bandwidth more efficiently by splitting the band into channels of varying sizes, according to the needs of the users in the network. Previously, it was only possible to form channels of equal size. However, it was unclear how multi-hop networks could take advantage of this technology, because there was not a clear way to determine how these varying channel widths should be assigned.
Now an NC State team has advanced a solution to the problem.
“We have developed a technique that improves network performance by determining how much channel width each user needs in order to run his or her applications,” says Dr. Rudra Dutta, an associate professor of computer science at NC State and co-author of the paper. “This technique is dynamic. The channel width may change – becoming larger or smaller – as the data travels between nodes in the network. The amount of channel width allotted to users is constantly being modified to maximize the efficiency of the system and avoid what are, basically, data traffic jams.”
In simulation models, the new technique results in significant improvements in a network’s data throughput and in its “fairness” – the degree to which all network users benefit from this throughput.
The researchers hope to test the technique in real-world conditions using CentMesh, a wireless network on the NC State campus.
The paper, “Channel Width Assignment Using Relative Backlog: Extending Back-pressure to Physical Layer,” was co-authored by former NC State master’s student Sankalp Nimborkhar. The paper will be presented June 12 at the 13th International Symposium on Mobile Ad Hoc Networking and Computing in Hilton Head, S.C. The research was supported by the U.S. Army Research Office and the Secure Open Systems Initiative at NC State.
-shipman-
Note to Editors: The presentation abstract follows.
“Channel Width Assignment Using Relative Backlog: Extending Back-pressure to Physical Layer”
Authors: Parth H. Pathak, Sankalp Nimborkhar, and Rudra Dutta, North Carolina State University
Presented: June 12, 2012, at the 13th International Symposium on Mobile Ad Hoc Networking and Computing in Hilton Head, S.C.

Abstract: With recent advances in Software-defined Radios (SDRs), it has indeed become feasible to dynamically adapt the channel widths at smaller time scales. Even though the advantages of varying channel width (e.g. higher link throughput with higher width) have been explored before, as with most of the physical layer settings (rate, transmission power etc.), naively configuring channel widths of links can in fact have negative impact on wireless network performance. In this paper, we design a cross-layer channel width assignment scheme that adapts the width according to the backlog of link-layer queues. We leverage the benefits of varying channel widths while adhering to the invariants of back-pressure utility maximization framework. The presented scheme not only guarantees improved throughput and network utilization but also ensures bounded buffer occupancy and fairness.