Making Energy Conservation Fun - There's an app for that!

Meet JouleBug, the little green online bug loaded with personality that helps users save energy and make choices to live more sustainably. Instead of spending your idle time playing mindless games with no intrinsic value, NC State alum Grant Williard has brought together a team that has created the JouleBug app where players earn badges by forming more earth-friendly habits, such as using compact fluorescent light bulbs, unplugging appliances that are not in use and drinking tap water rather than bottled water. The idea is to play and compete against your friends to see who can get more badges. Those who play the game consistently can save as much as $200 a year on utility bills, not to mention bragging rights on their social media profile page.
“It was pretty hard not to be aware of the climate change, but at first I really started out skeptical about how I could make a difference,” Williard said.  “The more I researched, I realized there are real shortages of energy that are going to occur if we don’t make some changes in our daily habits and there is nothing more sustainable than not using energy.” 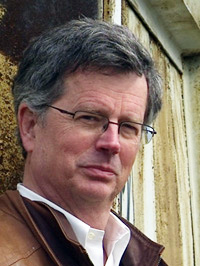 Surprisingly, Williard isn’t your typical eco-friendly enthusiast. A self-professed good Boy Scout who was not particularly green prior to this venture, Williard was already a successful business owner, but his path was not a straight trajectory from the computer science department as one might think. As a mechanical engineer, it was his graduate school research about the possibility of translating the then-new and impossibly expensive Computer-Aided Design (CAD) technology from the mainframe to the personal computer that enabled him to create the company I-Cubed, established 1984. Since its inception, I-Cubed has solved complex engineering problems by transforming customer needs into commercial products in the areas of Product Lifecycle Management, Business Process Integration and Data Migration.
The initial company product was created as a training tool for mainframe Computer Aided Design and Manufacturing (CADAM).  Over time, the company grew and diversified, eventually pursuing research regarding Digital Rights Management for CAD software.
In late 2005, Adobe Systems Inc. purchased this Digital Rights technology. After Williard and several other I-Cubed employees joined Adobe, he also led the I-Cubed founders to sell the remaining company to its key employees and transition it to a broad-based employee owned company.  Williard’s time at Adobe provided him great visibility and experience, but also helped him realize that at his core, he is an entrepreneur.  Since those days, he has focused on consulting relationships, specializing in product management, new product development, partnership management, and team formation.
His current work with JouleBug is enabling him to develop and position JouleBug as an iPhone app that could have great impact on personal energy consumption.
Throughout his professional career, Williard has kept close ties with NC State and the department of computer science in particular.  As one of the department’s original ePartners, Williard leveraged the relationship to help launch an extremely successful summer internship program at I-Cubed.  They have sponsored countless Senior Design Center (SDC) projects over the years, all with the goal of helping students develop hands-on experience while also providing I-Cubed a computer science pipeline for its full-time hiring needs. The partnership has expanded as I-Cubed moved to Centennial Campus, providing students close proximity to their classes and the flexibility to work between classes.  These projects served as the initial research, experimentation, and testing which are needed before any product development could begin.  Project proposals have included Product Data Management (PDM) integration into Microsoft Office, inter-team messaging and Digital Rights Management.  The Digital Rights Management research provided the base from which design and development could begin for technology that eventually became part of Adobe Acrobat.  The lead engineer on that project was an NC State computer science graduate and was also the lead engineer in the initial development of JouleBug. 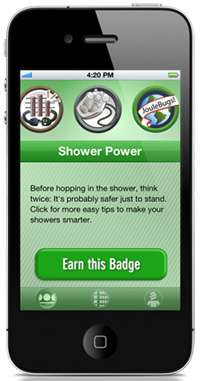 Fast-forward to his latest entrepreneurial effort - the creation of the JouleBug app, where Williard saw a niche that he and his engineers could fill in the energy market.
“Historically, energy consumers were just treated as a commodity, but the competition has become more challenging as consumers have become more savvy,” Williard said.  “The only iPhone app that links to your online utility account, JouleBug brings the information to the customer, so they can be wiser in their energy choices and really save money each month.”
After several beta software releases, JouleBug creators have listened to its test audience, which overall has given positive feedback.
“Initially, it was determined that we were pushing green too heavily, so we dropped back and made JouleBug more of a low pressure, guilt-free way to learn how to lower energy usage through your every day habits,” Williard said.  “Users can start with a few energy saving tips and then as they play more, they become more competitive with fellow players, which pushes them outside their comfort zone and they become more aggressive about their energy conservation.”
One of the most rewarding things Williard hears from players is the often-repeated phrase “I didn’t know that …” in regards to simple energy conservation tips, such as cleaning out the lint trap of your dryer regularly, or only running a full load of dishes or laundry, rather than a half load.  Educating people about simple, everyday efforts can really impact not only their utility bill, but the planet as well, Williard emphasized.
“We have several non-governmental organizations interested in partnering with JouleBug for energy conservation education purposes,” Williard said. “We also are working with several utility companies so that users can actually see the impact of playing JouleBug on their monthly bill.  It is all still a work in progress, but the feedback has been great.”
Williard and Joulebug continue to partner with the department, as they have sponsored a number of SDC projects to prototype the JouleBug app features.  In fact, several of the interns went directly to work there after graduating and serving on one of the SDC senior project teams. The most recent  team worked on the development of an Android version of the JouleBug iPhone app.
Now when you think about saving some money on your energy bill or if you are a computer science student looking to make a difference for the environment remember – there’s an app for that!
~brackett~